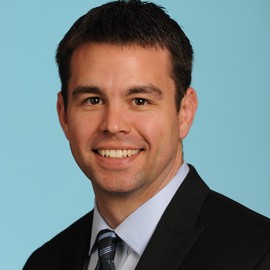 Nicholas Ollberding is an epidemiologist with applied research interests into the role of diet in the etiology and progression of chronic disease and the impact of the developing infant intestinal microbiome on growth and early development. Areas of methodological research interest include the application and development of analytical methods for microbial metagenomic next-generation sequence data, dietary assessment and analysis methodology, predictive modeling, and casual inference. He also collaborates broadly as a quantitative methodologist in the area of health sciences research and serves as the director of the Biostatistics, Epidemiology and Research Design (BERD) Core for the Center for Clinical and Translational Science and Training (CCTST); director of the Microbial Metagenomics Analysis Center; and leads the Biostatistics Core of the Heart Institute Research Core at Cincinnati Children’s Hospital Medical Center and the University of Cincinnati.

All thoughts and opinions expressed here are my own and do not reflect the views of Cincinnati Children’s Hospital Medical Center or the University of Cincinnati.

A full list of publications can be found on Google Scholar or here.

Previously, I shared some workflows for denoising 16S rRNA gene sequence data used by our lab. One of the examples used the popular UNOISE3 algorithm developed by Robert Edgar and implemented in USEARCH.
Last updated on Dec 13, 2022 6 min read Microbiome

The motivation for this post was also recent question on twitter asking how one might approach the analysis of an AB/BA crossover study when the goal is to estimate the difference in the relative abundance of microbial taxa under treatments A and B.
Last updated on Oct 18, 2022 12 min read Microbiome

The motivation for this post was a recent twitter exchange discussing difficulties faced when analyzing microbiome data with missing covariate values (i.e., incomplete sample metadata fields). I have run into this issue as well, and given the increasing size of microbiome studies, expect so to have many others.
Last updated on Oct 16, 2022 12 min read Microbiome

One of the most common questions we get from investigators at the Microbial Metagenomics Analysis Center (MMAC) is how many samples should I collect for my study? Even once we have a clearly stated and testable hypothesis, this is not always easy, since sample size calculations for microbiome studies are typically not amenable to closed form solutions (i.
Last updated on May 16, 2022 23 min read Microbiome
See all posts

An Introduction to the Harrell“verse”: Predictive Modeling using the Hmisc and rms Packages

This was a talk given as part of the UC-CCHMC introductory workshop covering the basics of microbial metagenomic sequence data …
Jul 15, 2019 1:00 PM MSB 2351
Nicholas Ollberding
Slides

This was a talk given as part of the UC-CCHMC introductory workshop covering the basics of microbial metagenomic sequence data …
Jul 10, 2019 1:00 PM MSB 2351
Nicholas Ollberding
Slides

These slides are from an invited talk I gave to the Division of Gastroenterology, Hepatology and Nutrition at CCHMC as part of their …
Apr 23, 2019 12:00 PM CCHMC Location S Room 6.125
Nicholas Ollberding
Slides

A Primer on Directed Acyclic Graphs

BACKGROUND: An understudied component of the diet, branched-chain fatty acids (BCFAs) are distinctive saturated fatty acids that may have an important influence on health. Human-milk fatty acid composition is known to differ worldwide, but comparative data are lacking on BCFAs. OBJECTIVE: We tested the hypotheses that concentrations of BCFAs in human milk differ between populations and are associated with maternal diet. DESIGN: We surveyed the BCFA composition of samples collected as part of a standardized, prospective study of human-milk composition. Mothers were enrolled from 3 urban populations with differing diets: Cincinnati, Ohio; Shanghai, China; and Mexico City, Mexico. Enrollment was limited to healthy mothers of term singleton infants. We undertook a cross-sectional analysis of milk from all women with samples at postpartum week 4 (n = 359; ∼120 women/site). Fatty acids were extracted from milk by using a modified Bligh-Dyer technique and analyzed by gas chromatography. Statistical analysis was performed by ANOVA and Tobit regression. For Cincinnati mothers, 24-h diet recalls were analyzed in relation to the individual BCFA concentrations measured in milk samples. RESULTS: Total BCFAs in milk differed by site, with the highest concentration in Cincinnati followed by Mexico City and Shanghai (mean ± SE: 7.90 ± 0.41, 6.10 ± 0.36, and 4.27 ± 0.25 mg/100 mL, respectively; P < 0.001). Site differences persisted after delivery mode, maternal age, and body mass index were controlled for. The individual concentrations of iso-14:0, iso-16:0, iso-18:0, anteiso-15:0, and anteiso-17:0 also differed between sites. Milk concentrations of iso-14:0 and anteiso-15:0 were associated with maternal intake of dairy; iso-16:0 was associated with maternal intakes of dairy and beef. CONCLUSIONS: BCFA concentrations in milk at 4 wk postpartum differed between mothers from Cincinnati, Shanghai, and Mexico City. Variations in human-milk BCFAs are influenced by diet. The impact of BCFAs on infant health warrants investigation.

Preterm birth (PTB) is the leading cause of infant morbidity and mortality. Genitourinary infection is implicated in the initiation of spontaneous PTB; however, examination of the urinary microbiota in relation to preterm delivery using next-generation sequencing technologies is lacking. In a case-control study nested within the Conditions Affecting Neurocognitive Development and Learning in Early Childhood (CANDLE) study, we examined associations between the urinary microbiota and PTB. A total of 49 cases (delivery < 37 weeks gestation) and 48 controls (delivery ≥ 37 weeks gestation) balanced on health insurance type were included in the present analysis. Illumina sequencing of the 16S rRNA gene V4 region was performed on urine samples collected during the second trimester. We observed no difference in taxa richness, evenness, or community composition between cases and controls or for gestational age modeled as a continuous variable. Operational taxonomic units (OTUs) classified to Prevotella, Sutterella, L. iners, Blautia, Kocuria, Lachnospiraceae, and S.marcescens were enriched among cases (FDR corrected p≤ 0.05). A urinary microbiota clustering partition dominated by S. marcescens was also associated with PTB (OR = 3.97, 95% CI: 1.19-13.24). These data suggest a limited role for the urinary microbiota in PTB when measured during the second trimester by 16S rRNA gene sequencing. The enrichment among cases in several organisms previously reported to be associated with genitourinary pathology requires confirmation in future studies to rule out the potential for false positive findings.

It is increasingly recognized that microbes that reside in and on human body sites play major roles in modifying the pathogenesis of several diseases, including cancer. However, specific microbes or microbial communities that can be mechanistically linked to cervical carcinogenesis remain largely unexplored. The purpose of the study was to examine the association between cervical microbiota and high-grade cervical intraepithelial neoplasia (CIN 2+) in women infected with high-risk (HR) human papillomaviruses (HPV) and to assess whether the cervical microbiota are associated with oxidative DNA damage as indicated by the presence of cervical cells positive for 8-hydroxy-2'-deoxyguanosine. The study included 340 women diagnosed with CIN 2+ (cases) and 90 diagnosed with CIN 1 (non-cases). Microbiota composition was determined by Illumina sequencing of the 16S rRNA gene amplified from DNA extracted from cervical mucus samples. Measures of alpha/beta-diversity were not associated with either CIN severity or oxidative DNA damage. However, a cervical mucosal community type (CT) dominated by L. iners and unclassified Lactobacillus spp was associated with CIN 2+ (OR = 3.48; 95% CI, 1.27-9.55). Sequence reads mapping to Lactobacillaceae, Lactobacillus, L. reuteri, and several sub-genus level Lactobacillus operational taxonomic units were also associated with CIN 2+ when examined independently (effect size >2.0; P < 0.05). Our 16S rRNA sequencing results need confirmation in independent studies using whole-genome shotgun sequencing and that would allow sharpening the suggested associations at finer taxonomic levels. Our results provide little evidence that DNA oxidative damage mediates the effect of the microbiome on the natural history of HPV infection and CIN severity.

Reproducibility and intermethod reliability of a calcium food frequency questionnaire for use in Hispanic, non-Hispanic Black, and non-Hispanic White youth

BACKGROUND: A dietary assessment instrument designed for use in a nationally representative pediatric population was required to examine associations between calcium intake and bone mineral accrual in a large, multicenter study. OBJECTIVE: To determine the reproducibility and intermethod reliability of a youth calcium food frequency questionnaire (FFQ) in a multiracial/ethnic sample of children and adolescents. DESIGN: Reproducibility (n=69) and intermethod reliability (n=393) studies were conducted by administering repeat FFQs and three unannounced 24-hour dietary recalls to stratified random samples of individuals participating in the Bone Mineral Density in Childhood Study. PARTICIPANTS/SETTING: Children and adolescents ages 5 to 21 years. MAIN OUTCOME MEASURES: Calcium intake estimated from the FFQ and 24-hour dietary recalls. STATISTICAL ANALYSIS: Reproducibility was assessed by the intraclass correlation coefficient (ICC). Intermethod reliability was assessed by deattenuated Pearson correlations between the FFQ and 24-hour recalls. Attenuation factors and calibration corrected effect estimates for bone density were calculated to determine the potential influence of measurement error on associations with health outcomes. RESULTS: The ICC (0.61) for repeat administrations and deattenuated Pearson correlation between the FFQ and 24-hour recalls (r=0.60) for all subjects indicated reproducibility and intermethod reliability (Pearson r=0.50 to 0.74 across sex and age groups). Attenuation factors were ≤0.50 for all sex and age groups and lower for non-Hispanic blacks (λ=0.20) and Hispanics (λ=0.26) than for non-Hispanic whites (λ=0.42). CONCLUSIONS: The Bone Mineral Density in Childhood Study calcium FFQ appears to provide a useful tool for assessing calcium intake in children and adolescents drawn from multiracial/ethnic populations and/or spanning a wide age range. However, similar to other FFQs, attenuation factors were substantially <1, indicating the potential for appreciable measurement error bias. Calibration correction should be performed and racial/ethnic differences in performance considered when analyzing and interpreting findings based on this instrument.